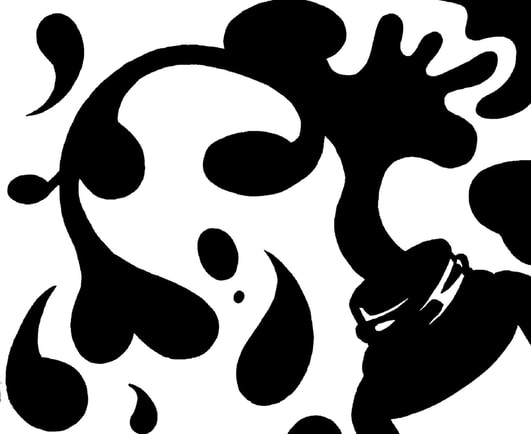 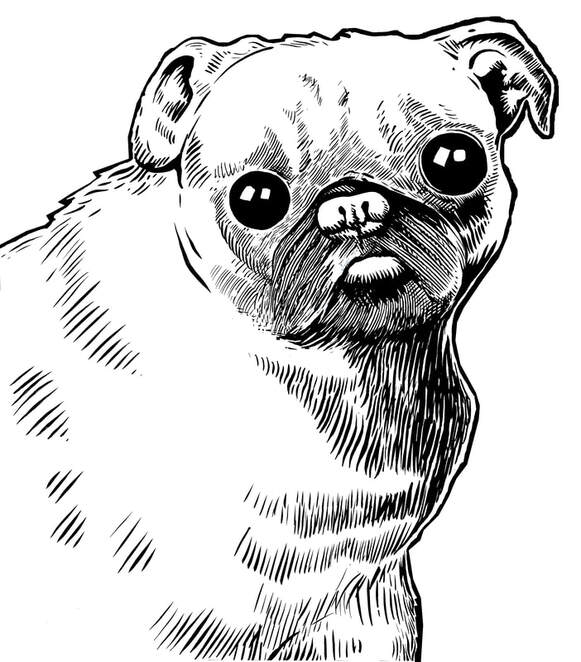 Thanks for having a look at my web site. My name is Christopher Wayne Griffin and I am a cartoonist currently residing in Seattle. Born a Navy brat, I got bounced from my birthplace in the high desert town of Ridgecrest California to Corpus Christi Texas, then to the island of Guam.
While on Guam (we were there for the 1976 Typhoon "Pamela") my father was frequently absent, away on trips to Japan mainly, and although I would occasionally encounter neighborhood kids while cruising around on my bicycle I was a lone wolf for the most part, spending most of my free time alone in my room. I was allowed to buy comics during shopping trips with my mom and this was how I discovered titles which remain my favorites to this day: The Spirit, Vampirella*, Eerie, Creepy, as well as Famous Monsters Of Filmland and, of course, Mad.
The ads in the backs of these magazines were my lifeline to what the mainland kids were into. I was permitted a small allowance to order from these ads. The wait was excruciating since Post Office deliveries to Guam were very slow in those days.

One day I noticed an ad for a book by Les Daniels, titled simply, COMIX. I was struck by the spelling of the word, with the x at the end, and with the oddly crude and unsettling cover image of a man in a yellow suit with a banana image printed on his back, punching a pig in the face. This was not the typical drugstore comic book spinner fare and I decided to order it, adding it to the order sheet at the back of a magazine (most likely The Spirit), which meant tearing a page out since neither the internet nor photocopy machines existed yet.
Mind you, I was ten years old at this time.
Upon receiving the book in the mail, I was not surprised to find reprints of superhero stories but I did not anticipate the eighth chapter which focusses on  Underground Comix, a genre I had not seen before.
Cartoons by Spain Rodriguez, Kim Deitch, Gilbert Shelton, Justin Green, Robert Crumb, Jay Lynch and others made me realize there was a whole culture I needed to learn about, beyond my insular world.

In 1978 we moved to Coronado, California, across the bay from San Diego where I started drawing regularly. Among my influences were Charles Schulz, Tom K. Ryan, Russell Myers and especially Tom Hatten, the KTLA television host who taught us all to sketch the characters on his cartoon show, where he featured Popeye, Super Chicken, Tom Slick and George Of The Jungle. Hatten would demonstrate, during breaks between animated cartoon features, how to draw, using charcoal and chalk pastels on his big newsprint paper pad.


*I didn't really get to buy Vampirella, not little ten year old me. I would sneak peaks at it at the stands. I had to nab those later on down the road.

'Ultimately time would prove that nobody could clean up the comics. The unclean kept cropping up like fungus. Even code-approved comics soon evolved new ways of symbolizing Dr. Wertham's trilogy - sex, violence and anarchy. Every art form is always expressing these concepts, for it is a duty as well as a curse. When we call these concepts by their respectable titles of "love", "death" and "freedom" we recognize their true significance as our most meaningful triad of spiritual mysteries."  - Les Daniels